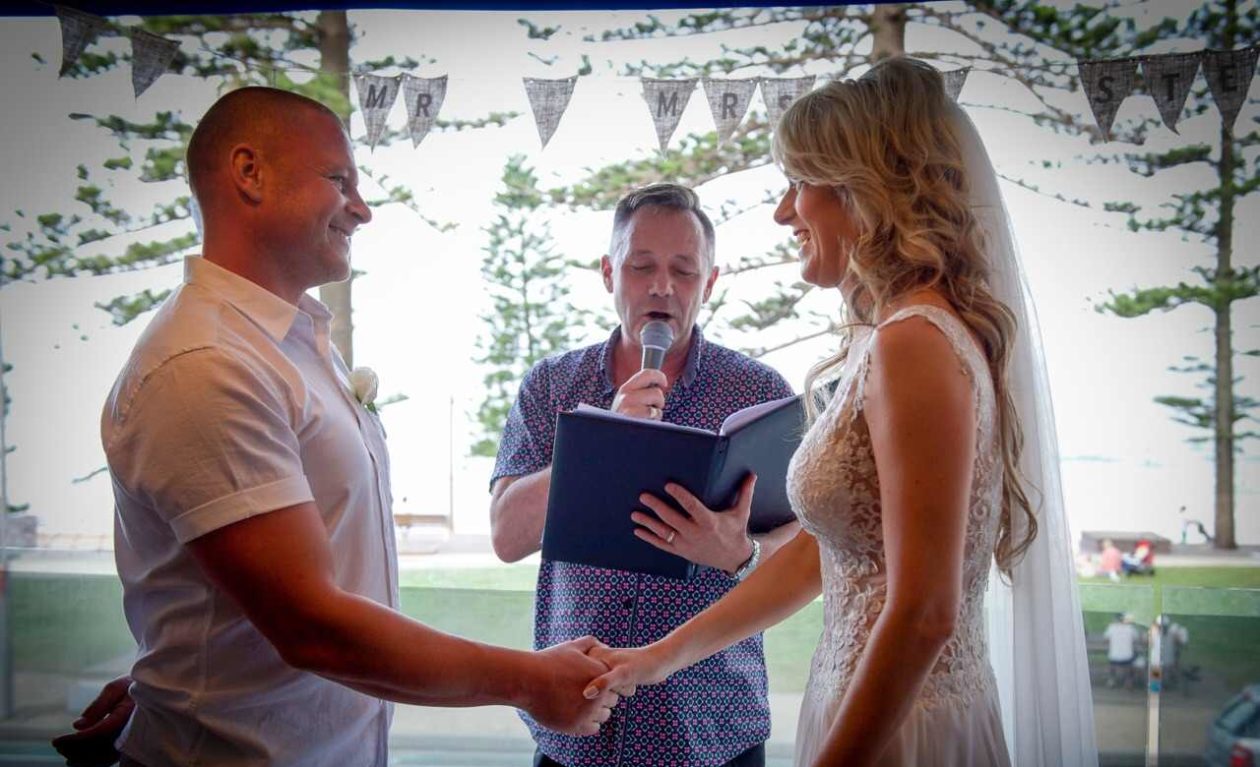 I am duly authorised by law to solemnise marriages according to law.

Before you are joined in marriage in my presence and in the presence of these witnesses, I am to remind you of the solemn and binding nature of the relationship into which you are now about to enter.

Marriage, according to law in Australia, is the union of two people to the exclusion of all others, voluntarily entered into for life.

Both parties must be at least 18 years of age.

A  Marriage cannot be solemnised unless